A downloadable game for Android

I wanted to make a VR game that could be modded. So here it is! You can replace the enemies with pictures of your friends, your boss, a virus or wheterer you like! More mods to come.

Check out my other VR game Crazy Kung Fu: https://bit.ly/ckfquest

This is available on Oculus Store here (paid): https://bit.ly/nebulanemesis. Though I have decided to release for free for a limited time on Sidequest:

-Added more preview mod images. But add your own as well!
-Upgraded path instructions so you can clearly see where you ned to put your custom images.
-New music tracks! More to come...
-Added button to change/stop music.
-You can now stop at anytime by pulling the eject lever infront of your seat.
-Resume levels increased to level 12.

When the universe is in danger, we send our greatest fighters. But they failed, so now all we have is you.

So shuttle up and brace yourself for a laser shooting, space flying, alien blasting experience as you fight your way through the nebula.

Unleash strategic powerups, encounter a variety of enemies, travel through infinite levels and get ready to get nostalgic in this 8-bit galactical video game.

This game is also customisable, you can import your own nemesis and fight against them in space. Add your own memes or photos and face them head on this time with a ship and laser cannons. What could go wrong. 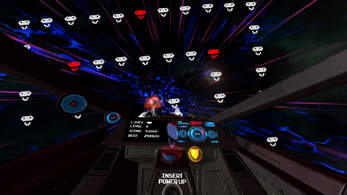 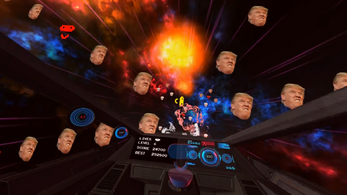 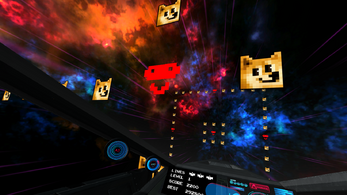 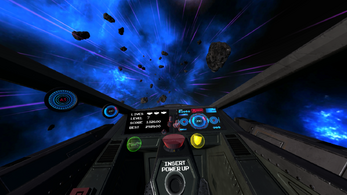 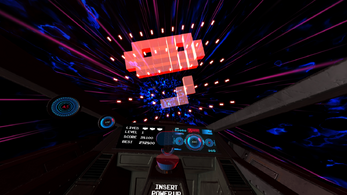